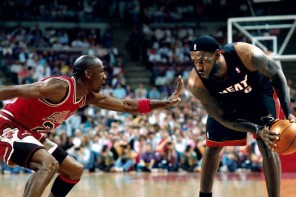 By Augustus Golden One of the immense pleasures of sports talk is comparing “greats” from different eras: The 85 Bears vs. The 72 Dolphins, Mike Tyson vs. Muhammad Ali, Michael Johnson vs. Usain Bolt. These days, the hot topic of debate is one that, up until recently, was unthinkable.  I mean, how dare we suggest that there is a mere mortal who could actually challenge Michael Jeffrey Jordan as the master of the hardwood? But now with the emergence of LeBron James AKA King James, for the first time since the 80s we have a legit debate. So who would […]