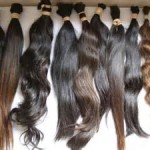 WEAVE, it all seems so harmless, a pony tail here, a sew-in there.  This simple but lucrative industry has single handedly destroyed the black relationship and family structure.

The effects of heroin, alcoholism and crack where were painfully obvious.  As a community we were aware of the enemy and were able to fight against it.  Through it all we were able to maintain our family structure and core values but weave is different.  Weave is subtle. 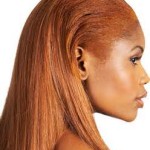 In the past 20 years the black relationship has hit many icebergs that have left us unable to move forward.  It appears that the gap is not closing but only getting wider at an alarming rate.  People have gone into save yourself mode for survival not sure of the cause we need only to look at the “roots,” literally.  We have an alarming increase of single black women, unwed mothers and negative stereotypes that have left us not knowing where to begin to repair.  What black women have failed to realize is that weave is the catalyst of many of the effects that plague our community.

Disruption of the Natural Order: Think about the last controlled 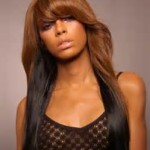 environment, high school. In the natural environment Zack marries Kelly. Two beautiful people on a scale of 1 to 10, perfect 10s. Weave changed the percentages and averages of who belonged in what category. There is supposed to be a small number of 9/10 people. However the percentage were in high school it worked out equally boy vs girls. A female who genetically is a 5 can get a weave and alter her appearance and be able to be placed as an 8. Meaning the percentages and averages of the “Beautiful Crowd” increases, throwing off the hot guy vs hot girl ratio.

Effect- Single Black Women: The increase of beautiful women made it harder for Black men to focus. Harder for men to commit. Economically speaking once a supply increases the value/price decreases. Leaving a higher number of black women without a partner in their makeshift category. 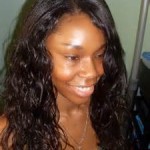 Increased Interracial Dating   Your home and community is where you first learn about family, love, God and relationships. When the majority of the women are providing an image that is not consistent with their natural beauty but other features of other nationalities. It prompts black men to be attracted once he sees it in another race. Because it’s familiar.  In a sense the heartbeat of an entire race are programming their men to look elsewhere for true beauty.  According to the US Census an average of 20% of black men are marrying nonblack women, compared to 1.2% of black women.

Effect- Independent Single Black Women:  The independent woman phenomenon is nothing but a result of an idle mind. Without the distraction of a husband and a family more value is placed on career, cars and clothes. Which has resulted in women caring more about labels than love, fashion than family and couture over kids. Still single pretending not to notice the hotter new comers in their imitation category.

Misplaced Confidence:   Through trial, error and experience the goal is for a woman to gain a natural confidence about herself. When you begin to add fake hair to attract men that confidence is now counterfeit. The hair instead of an enhancement is now a necessity. Weave is the gateway addiction to fake eye lashes, contacts, etc. The artificial confidence is now reading to the outsider as arrogance. An abundance of black women are now arrogant, sassy and bold crossing the line from what used to be referenced as strength to now just stupid.

Effect- Angry Independent Single Black Women: The scariest part of this effect is that without a natural confidence in one’s own body how can confidence be taught to a child who looks like you minus the enhancements?  No matter the outside appearance if you’re genetic rating is a 6 your DNA will produce a 6 child. Your nonverbal communication is now teaching a daughter that this is what is needed for beauty.  It teaches the son to look for a woman like this. It doesn’t exude confidence in one self, which has an imploding feeling once confronted. You will appear bitter, getting lost in the shuffle of your forged category. 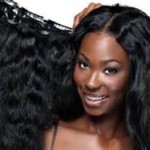 To the women who share this affliction. You too can begin the road to recovery. Help is available. These are not the days where Blue Magic and Pink Hair Lotion with a wet hairbrush was the only option. Unless you’re from Cybertron no need to go through an entire transformation when you do your hair and stop the fake eyelashes so long they invade others personal space. At least entertain the idea of accepting and loving what you actually look like. You might discover the 8th wonder of the world. That as a whole you all belong in that top category. People will have to create new words to describe the beauty.  Women are by the way the first teachers of love but it’s kind of hard to teach that kind of love when you clearly look like a substitute.

11 Responses to “How Weaves Are Destroying Black Relationships”