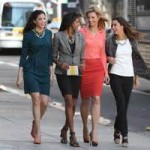 Living in Los Angeles, I’ve met a ton of over forty but never married women. These are beautiful, sane, successful women who you would think would have had no problem finding a man to marry. If you talk to these women casually they will tell you that they were unwilling to settle or men can’t handle independent women or they’re perfectly happy being single but if you get them to open up they’ll tell you about that guy. There’s always that one guy who led her on, wasted her time and left her broken and bitter. 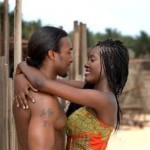 So who are these guys? Are they the “bad boys” we hear are so attractive and yet so dangerous and irresponsible?  The misogynistic narcissist who love to rack up bed partners?  The married men who promise to leave their wives but never do?  No. As I mentioned before, these women are intelligent. Intelligent women past middle school age know better than to involve themselves with bad boys or womanizers or married men.  These are guys who on the surface looked like good marriage candidates but all seem to have that one fatal flaw that prevents them from committing to the holy state of matrimony.

The following list is inconclusive but here are five notable over 35 types to avoid if you’re serious about ever walking down the aisle without pushing a grocery cart.

Mr. My nieces and nephews mean the world to me: 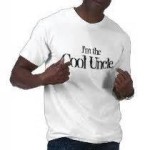 Now at first glance this guy seems perfect. You may have even met him out at one of his nieces or nephews events. He talks about them all the time, buys them gifts, occasionally takes them on outings and treats them like his own kids. Naturally, you think to yourself what a great dad he will make when he has his own children but the problem is, he’s not really thinking about having his own kids. He loves being the cool uncle who gets all the love with none of the hassle. If they inspired him to want his own he would have had them by now or at least expressed his desire to.

Mr. As soon as I get my career together: 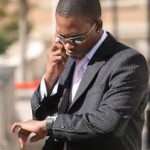 How responsible of him to want to be financially secure before he thinks of matrimony you may think but the reality is, a good marriage has never been detrimental to a man’s career. A wife is a great asset to a man who’s climbing the corporate ladder. She takes care of the home and of him while he focuses on the job. In fact, employers favor married men because they seem more mature and responsible. If he doesn’t want to marry you while he’s clawing his way to the top, he’s not likely to want you when he gets there and starts attracting an entirely different class of women.  He really should be called “Mr. As soon as I get my career together I’m going to find someone better than you.”

Captain Save a hoe:

We all love heroes and there is nothing more appealing than a guy who’s willing to put himself out for his “friends.”  I mean, you’ve got to be a great guy to get up in the middle of the night and drive to your friend’s aid after her baby daddy acted up yet again or to bail another of his friends out of jail or to loan another of his friends money to keep her utilities on after she got fired from the strip club but ask yourself this, why does he even know these women? If he’s used to women like that he’s used to treating them a certain way and that’s probably not the way you want to be treated. With this guy, you may end up a wifey instead of a wife. 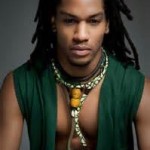 He’s proud of his Blackness. He sees things you don’t see because your mind is not as finely tuned as his. He’s well read about all things Kemet and the true Israelites. He refers to you as his queen, showers you with complements and adores you for being the mother of the universe, encourages you to eat right and takes pride in your natural hair but he sees no need to validate his undying love for you with a piece of paper issued by the White Supremacist government who have oppressed our people for so very long. This proud king may very well love you but if he refers to a marriage license as “just a piece of paper” he won’t marry you.

The 50 year old Player who’s finally ready to settle down: 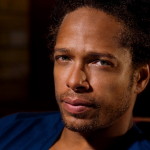 He’s just a little bit past his prime but he still looks great! He’s successful has no drama in his life, he’s an excellent cook and his house is ready for a photo shoot with Better Homes and Gardens. He knows all the best restaurants and the servers all know him. His Facebook page is filled with photos of him and a wide array of beautiful women who were once hopeful of getting their MRS from him but he wasn’t ready then, he’s ready now and he’s ready for you. Yeah right. He’s going to choose you out of every woman he’s known for the past half century? This dude is totally unable to commit. He’s feeling some kinda way about turning 50 and thinks he should be ready to settle down but he’s never been married and he’s too set in his ways to start now. Everything you do will irk him once he’s feeling like himself again and you’ll likely end up as just another Facebook photo.

So there you have it. Of course there will be exceptions but as always, the exceptions prove the rule so if it sounds like you’re involved with one of these guys I urge you not to walk but to run full speed ahead to the next available bachelor.

ARE YOU MARRIAGE MATERIAL?

I was having a conversation with my teenage daughter about a friend of ours who recently broke ...

2 Responses to “FIVE MEN WHO WON’T MARRY YOU”