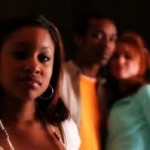 Recently I’ve discovered a new category of woman who I call “The Practice Wife.” These women are kind, articulate, smart, supportive and accomplished. Additionally, they are usually attractive and people consider them “catches” so nobody can figure out why they are single.

I was intrigued by these women because when you take a closer look they all share something noteworthy. After a breakup, the men they were involved with, quickly find another woman and get married.  Usually there is no apparent upgrade from the practice wife to the actual wife so I really wanted to know what the heck was going on with these women? Why are they left outside of the church with their noses pressed against the stain glass window screaming “why her and not me?”

I talked to some of those men and discovered that they were groomed for marriage by the practice wife.  They learned what mistakes to avoid in their relationships with her. Basically, they practiced on her. She took them to school and made them the ultimate catch for the next woman but why did he need another woman? Why not her?

When I was in business school I took a class in professional sales. One of the most valuable things I learned was a salesperson must first identify where a potential customer is in the sales cycle.  The ability to identify this one step correctly saves time, energy and maximizes success. The Practice Wife lacks this ability. She does not know how to correctly identify where a man is in the relationship cycle. There are basically four levels of the relationship cycle: Discovery, Fun, Trial/Error and Commitment. The Practice Wife is already at the Commitment stage. She is ready for marriage. However, she picks a man who is not yet at that stage.

In turn the relationship becomes tumultuous at times.  The man experiences pressures and expectations on him to make him ready as a man to be worthy to meet her at the commitment stage.  Some of those pressures might be to get a better job, finish school, earn more money, etc. Understanding that the Practice Wife is good for him, the man listens, learns and improves his entire situation.  He becomes a better man and eventually he becomes ready to join Practice Wife at the commitment stage.

So Why Doesn’t it Work?

Because the entire relationship dynamic would have to change.  The relationship was student/teacher or parent/child with the man in the subordinate role.  The Practice Wife has an issue allowing men to lead or to take control.  It’s difficult for her to let the man she molded take the wheel.  It becomes clear to the man that she will always see him as something she made, her creation so he concludes that it’s time to move on.  He is looking for someone who will accept him for the finished product that he now is.  Someone who will admire him for his accomplishments.

The hard part, for the Practice Wife to swallow, is the man finds a woman similar to her because she has taught him what kind of woman to look for.  He falls in love quickly because they don’t have any of the issues that broke him and the Practice Wife up. Unfortunately, the Practice Wife, with her inability to identify where a man is in the relationship cycle, repeats her fate all over again.

How to identify if you are a Practice Wife?

If you answered yes to three or more of the questions above, you may be a Practice Wife and you may eventually find yourself pounding on that church window unless you make some changes.  Potential is great but it means he hasn’t done anything yet.  If you like reclamation projects buy a house.  Want to teach someone to be a better person, mentor a young adult.  Want to get married, stop going after the trainee and go after the trainer.  Stop making yourself available to men who are trying to get themselves together and choose those who already are.

You may be required to go a little older and it may require you to give up some control but you’ll find it’s much nicer on the inside of the church where you may be asking yourself, who’s that crazy woman outside pounding on the window.

15 Responses to “THE PRACTICE WIFE”