I’ll never forget the day my daughter, who was in sixth grade at the time, dashed into the family room to give me a blow by blow account of how Jared had beaten up Malik on her middle school’s playground.  As she rushed through the story I couldn’t help but notice how her face lit up as she described to me how the other boys gave Jared much respect and high fives after the fight. 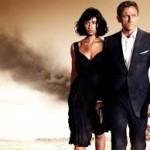 Typical female to be attracted to an alpha male, I thought to myself.  Typical because females of all species throughout nature are genetically wired to be attracted to the dominant males just as males are genetically wired to pursue as many females as possible.  However, just as evolved males learn that it’s in their best interest to resist the urge to pursue multiple mates, I believe it’s time for females to realize that alpha males aren’t for everyone.

Now let’s clarify what an alpha male is.  According to wisegeek.org, “an alpha male is the dominate male in a community or group.  Zoologist and related scientist typically use the term to describe top ranking male animals, but people also apply it to human beings.”

For purposes of this article, let’s assume alpha males are powerful, either because of status or physical abilities and that they receive social privileges and an inordinate amount of attention from potential mates.  Therefore, it’s reasonable to assume that a true alpha male can get you a great seat at the trendy restaurant but by the same token, you shouldn’t be shocked when the waitress slips him her phone number while you’re in the powder room, which brings us to our rules of disengagement.

If you are the jealous type who is easily upset by other women making advances at your man, alpha males are not for you.  They will be constantly targeted by other women both pre and post matrimony so better to latch onto someone not quite as dynamic to sooth your insecurities.  You may not be the envy of other women but you’re likely to save yourself a few points on your blood pressure test. 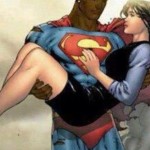 Two alphas are a bad match.  Contrary to popular belief, two alphas in one relationship are one too many.  Why do you think Superman preferred Lois Lane over Wonder Woman?  If you’re that strong independent woman who expects her alpha male to recognize your awesomeness and just become an equal partner than you don’t understand the true nature of alpha males.  They lead, that’s what they do.  Your insistence on being an equal will just be an annoyance. 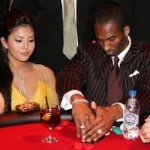 Alpha males are competitive.  Kobe Bryant once said he hates losing to his daughters when they play Candy land.  If you’re his mate, be prepared for bad moods when he gets beat in Sunday three on threes with his buddies, when the two of you lose to your friend and her obnoxious husband in Bid Whist and especially on the rare occasions when someone beats him out for a job or a promotion. 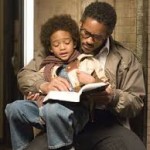 Alpha males have extremely high expectations for their children.  He’s not going to like it if his daughter gets cast as a tree in the school play and he’ll hate it if his son is the third string point guard on the basketball team.  He’s not going to tolerate average grades and Heaven help us all if his kid brings home an F.  Such fathers cast long shadows and have big shoes to fill, especially for boys.  Not all families can handle his lofty expectations.  If you’re the kind of parent who doesn’t want to see your kids pushed to excellence he may not be your perfect match. 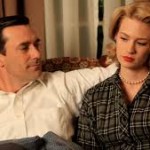 People will look to him to fix their problems.  Not only the people on his job/business but mom, dad, sis, Cousin Pookie, all of them will depend on his leadership, to help manage their crisis for them because he’s most likely been doing it for them most of his life.  If you want a man who will be home on time each night and call on the rare occasions he’s going to be late, meaning one you can keep tabs on and can keep to yourself, this isn’t the one.   Be prepared to share.

So unless you’re the type of woman who is truly willing to be submissive in the purest sense of the word, forget the alpha male and pick a guy who truly fits your personality.  There are many more males who can provide you with all you want in a man like: 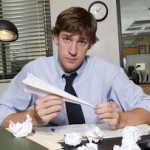 This guy will provide you with a great by the book life.  He’s selfless, understands self-sacrifice, tends to be highly responsible grinds hard and usually obeys the rules. (Including the always important, thou shalt not cheat.)  This is the guy you want in your corner when life gets tough.  He’s goal oriented and results oriented and will remember birthdays, anniversaries, Valentine’s Day.  Usually this is the guy your mother has been trying to introduce you to. 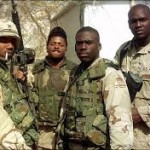 I don’t necessarily mean actual soldiers, I mean guys with the soldier mentality.  This guy is tough, loyal and likes to take orders.  If you’re the kind of woman who loves to give orders but doesn’t want a wimpy guy this could be your perfect match.  He’ll pull mess hall duty for you, keep the house in tip top shape (nobody can make a bed like a soldier can) and he’ll check any guy who messes with you and yours. 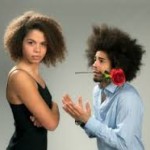 Looking for flowers, candy, foot massages, poetry, and someone to watch “How to get away with murder” and “Scandal” instead of Thursday Night Football with, this might be your guy.  They tend to be great conversationalist and are excellent at seeing the female point of view so open up your friend zone and let him out. 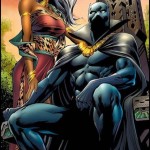 Bottom line true alpha males are pretty rare, like natural blonds or thirty year old virgins and they aren’t as easy to get along with as you might think.  They are egotistical by nature and tend to lean towards narcissism.  They may treat you like a queen but they’ll never let you forget that kings trump queens.

2 Responses to “Can You Handle An Alpha Male?”