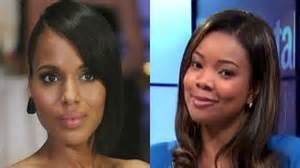 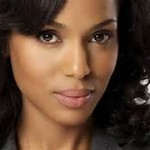 First, we had “Scandal,” and now we have “Being Mary Jane.” Two wildly popular TV dramas which, for the first time, attempt to shine a sympathetic light on side chicks.

In Scandal, Olivia Pope is a strong, independent woman who is being relentlessly pursued by the President of the United States. It’s almost like their inconvenient love is a gravitational force that is pulling them together despite their efforts to resist. At one point, the POTUS was ready to give up the Oval Office for their love, but circumstances beyond their control forced them to keep their affair on the down low.

In Being Mary Jane, the man conceals his marital status until she’s already in love with him then proposes, gives her a big ass ring, and promises to leave his wife. She actually reveals the affair to the wife and deletes all contact but discovers she’s actually addicted to him.

Black men lost their collective minds when Scandal came out. Facebook was flooded by angry black men who were appalled by the same women who condemn adultery cheering Olivia as she not only had an affair but had the audacity to have an affair with a White Man!

Mary Jane is becoming the poster girl for a new phenomenon known as “Relationship Addiction,” which attempts to explain why some people are unable to break away from toxic relationships.

In the recent past, Side Chicks were shunned and ridiculed. “Holiday Do’s and Don’ts for Side Chicks” by Nicole Garrett poked fun at mistresses and was one of this publication’s most popular articles ever, but it’s kind of hard to hate a person who’s attempting to cope with an addiction, especially when you have psychologist promoting it during commercial breaks.

Mary Jane, unlike the fast-talking, always-in-control superwoman who is Olivia Pope, is sympathetic and a lot of people think we as a society can’t have that. We don’t want mistresses to be likable; we want them to be cold and heartless, stupid and desperate, immoral and ratchet. We certainly don’t want to think of them as our sisters, friends, or daughters, all of which Gabriel Union portrays very well in her role of Mary Jane.

Olivia and Mary Jane make people uncomfortable. They make mistress’s issues human issues and not just something relegated to the losers of society. They make us actually think about how women who have it all can possibly consider another woman’s husband as their best option. They destroy the myth that only bad girls do bad things, and ain’t nobody got time for that.

One Response to “The Humanization of Side Chicks”