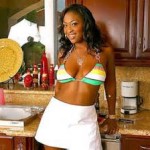 Let me address you women who I like to call Investors.  You’re like the best girlfriend ever. You volunteers to help him organize his closet.  You cook his meals ahead of time so he can have a meal every day since you don’t live together.  You are just oh so helpful. You’re easy like Sunday Morning. You are so willing to assist him, accommodate him, help him, you makes life a breeze.

You compliment him all the time and are so appreciative of anything he does for you. What a blessing you are! However, let’s be honest, there’s a method to your madness.  You believe that if you over extend yourself that it somehow will show him that you love him and he will give his heart in return. The problem with this thinking is that you are not being helpful out of pure love. You’re lying to yourself so well that you believe your own lie. To be honest, woman like you don’t realize your own self-worth. You undervalue yourself and overvalue your man. You just give and give thinking this is what you need to do to be accepted, to be special. The issue is that it’s not genuine and will fail in the long run just like the brown noser at work fails. 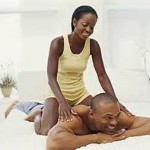 Being this type of helpful woman doesn’t create a loving relationship. It doesn’t create a loyal man. What you are doing is turning a grown man into your eldest boy. What it does is create is a lazy man who under appreciates you as his partner. He will not reach his greatest potential because you have just handicapped him.  He will have no need to prove himself to you, to want to do things for his woman. He will simply just let you handle things because it’s what you do. He will not care if he drops the ball because you will run after it like a dog and bring it back.  What you are doing is another version of role reversal. If you are filling every gap in his life, what is there left for him to do? You are a self-made victim that has now created two victims. Two is not always better than one.  He will eventually become completely numb to your gestures. His attempts to help and support you will fade in time. He will inevitable disengage in your feelings, needs, wants and eventually you altogether. 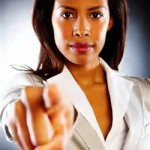 The reality is that men don’t love subservient nurturers, men love bosses. They cater to them, they desire them, they marry them!  Men are attracted to strength and confidence. They want a woman who will stand up for herself. That’s the type of person men want by their side.  They want a woman who is with him out of pure choice and not need or gratitude.  A woman who is not afraid to say, “I will not shrink myself so that you are tall enough to lead me.”  A women who some men call a “Handful,” instead of telling the truth that they are afraid their hands are not big enough to hold her. Yeah her, I call her a boss but some call her another “b” word.  That’s who gets the husband, the love and commitment. She is helpful to him but within reason.

Don’t know if you have this issue? Ask yourself a few questions:

If you answered yes you may be a hurt mate instead of a help mate but that doesn’t mean the end.

So how do you reverse the damage? Truth is, you have to stop looking to him and look to you. Remember that people don’t give respect to those that ask for it. People who are truly respected don’t accept any other option.

Learn to start loving people. When you are going out of your way for others in hopes of getting something in return that’s not loving, that investing.  Stop caring if someone is going to still care or feel the same if you deny them sometimes. If they are worthy to be in your life they won’t be moved. 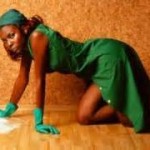 A persons love for you should not defined by duties and tasks. Because once the task is over you will always be on the hunt to find new jobs to perform. It’s a never ending unwinnable crusade.  So stop giving husband privileges to a boyfriend.  You will end up have an exhausting life, fighting an uphill battle where you become his doormat, where he will end up wiping his feet on you before walking out the door and running over to a boss.

One Response to “PUTTING YOUR EGGS IN A BROKE BASKET”