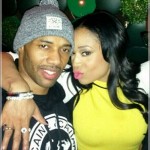 So between Love and Hip Hop star Mimi making a sex tape and the Porsha vs Kenya cat fight on the Real Housewives of Atlanta reunion show, we have been inundated with an abundance of unsavory behavior via reality TV.  Two things I find puzzling are:

1) How this obvious scripted madness can be pegged as “reality TV” when it is clearly anything but.

2) Why our community at large supports these vulgarities while simultaneously shaking their heads.

I for one am not for the blood and gore of train wrecks; no need to watch.  I’m all for a good laugh, and even the occasional dose of drama; its television and its purpose is to entertain so I get it.  Where I have an issue is when art seemingly imitates life because these people are allowing the issues of their personal lives to be exploited for a cash reward. Then the groups they belong to (i.e. black women) are labeled and gross generalizations are made.  In the instances referenced above, it’s the image of the black woman that is tarnished (even further), but the viewership of these shows predominantly consists of African American women. 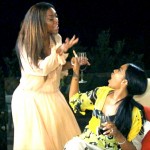 I personally have never been the biggest reality TV fan, but I will own up to being sucked in when I found myself with ample amounts of free time on my hands.  I tried to sit, watch, laugh, and walk away but when the ignorance and tomfoolery reaches a level of pure embarrassment I have to give up…where’s my remote?    I simply cannot and absolutely refuse to endorse the cultivation of this sub culture in the sisterhood.

In the REAL world, REAL women know how to deal with BS with style and grace; we DO NOT allow ourselves to be antagonized into stooping to gutter level.  A REAL mother, with a young daughter that she truly loved and wants to see blossom into a glowing example of what a well-adjusted, beautiful black woman can be, would have taken that child into consideration over the $100K she was paid.  A REAL woman would know that a REAL man that was truly interested in making her his wife (MiMi and Nikko are allegedly engaged) would never subject her to such humiliation and criticism.  MiMi is not a REALITY (root word real) TV star; she’s just a confused and broken woman imitating and emulating negativity.

Porsha and Kenya’s “fight” on the reunion show the other night reminded me of the Alexis and Chrystal Carrington cat fight on Dynasty back in the 90’s (in evening gowns, really?).  Where we really supposed to believe that Porsha, the air brained crybaby all of sudden went to the wizard and got some courage and now she’s “bout it”?!  More like I doubt it!

Here’s he REALITY in RHWOA, Kenya keeps up mess constantly because she’s paid to do that!  She’s the only professional actress on that show, and she plays her part well.  Do not be deceived into thinking or believing for a second that her antics are not carefully calculated as a way to stay relevant and to boost herself up as the star of the show, nothing less nothing more.

In the REAL world, you know what women who don’t get along, suspect each other of sleeping with their men, etc. don’t do?  They don’t hang out together!  RHOA, is nothing more than a soap opera where they’re using real names and real people.  Other than that, everything about that show is as fake and ratched as their bogus weave jobs.  If that fight between Porsha and Kenya was indeed REAL, what probably would have happened is Kenya would have popped that girl in the mouth, throat, and bridge of her noise before she had time to blink.

The REALITY is that mature, professional women DO NOT consume themselves with negativity 24/7 the way the “stars” of these reality TV shows do.  I have an immense circle of female friends and associates from all walks of life.  Even those with a little dirt under their finger nails from an occasional scrape don’t engage in this type of over the top juvenile cattiness.

REAL women with successful careers and families are too busy building up to waste time tearing down the next woman.  REAL women feel each other’s pain and reach out to help, as opposed to pointing and snickering at each other’s misfortunes.  Yes girl, they ramped up the ratched over these past few weeks but ratched is not my reality and you don’t have to let it be yours.  P.S the REAL word is wretched, but baby steps people, baby steps.

ONE DEGREE OF SEPARATION: THE PRINCE WE NEVER KNEW

You never know who you know. I’ve been playing pickup basketball with my friend Paul Mitchell ( ...

Should Niggaz Wit Attitudes (NWA) be in the Rock n Roll Hall of Fame?

Well let’s consider the criteria: “It must be 25 years after their debut album.” Well, my compu ...