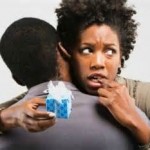 So it’s been a year.  You’ve bonded by seeing each other a couple of times a week, talking on the phone at least once a day and sending good morning and other text messages throughout the day.  You’ve met each other’s families and spent a grip on the holiday trinity, Christmas-Valentine’s Day-her birthday.

You’ve listened to her gripe about her boss, left work to help her out when her car broke down and even started watching “Orange is the New Black” so the two of you can have something to talk about on your Friday night restaurant explorations.  The sex, while not quite as good as that batshit crazy stalker’s sex, is more than sufficient and you’ve finally learned how to coax an orgasm out of her.

Life is good so when she catches the bouquet at her cousin’s wedding and you see her mom giving you that look, you decide to bite the bullet and make an honest woman out of her.  Problem is, when you pop the question, she surprises you with the old “it’s not you it’s me” rejection.  Dazed and confused, you can only wonder what the Hell happened as you speed back to the jewelers with the ring.

So what did happen?  All women want to get married right?  No woman just wants to be a perpetual girlfriend right?  She was supposed to jump up and down for joy, squeeze your neck so hard you could barely breath, call her mom on her cell and post the ring on Instagram right?  Well Fresh Takes did some digging and here’s what we found out: 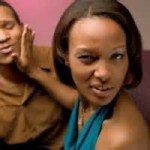 Now when we say women hate cowards, we don’t mean she expected you to chase down that carload of gangbangers who whistled at her and go all Jackie Chan on them.  We mean you didn’t show the type of courage that she needs to see in a man she’s going to trust to take care of her and her offspring.  It wasn’t that you couldn’t pass the Bar, it was that you only gave it one shot.  It’s not that you didn’t get the promotion, it’s that you didn’t even apply for it.  You complain about your job situation but you haven’t done a thing to improve it. Women want guys who show initiative and take charge of their lives not boys who are satisfied with just getting by.  It’s okay to date those guys but not marry them.

TOO LITTLE TOO LATE! 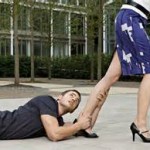 Let’s be honest.  You were fine with things the way they were until she started pulling away so you felt like your best chance to hang onto her was a marriage proposal.  Don’t you think she’s smart enough to figure that out?  When things were going great you never even mentioned marriage and changed the subject whenever she brought it up.  She figures if you didn’t propose in two years, especially after you watched the sun come up on the beach in Cancun together, why are you suddenly proposing now that she’s no longer making herself as available as she once did.  You didn’t propose when she lived five minutes away but now that her job has offered her a promotion in another time zone you want to get hitched?  She knows that you’re only proposing as a desperate attempt to hold onto her and no self-respecting woman wants that kind of proposal. 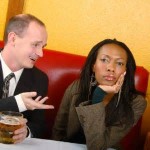 Remember how hard you had to work to convince her to go out with you?  She told you, you weren’t her type but you were persistent and eventually, you wore her down.  Maybe she was at a point in her life where she figured, “what the heck nobody else is knocking my door down at the moment and he is nice” but as we all know, sometimes nice isn’t enough.  She told you, you were too old but you countered with age ain’t nothing but a number.  She told you, you were too short but you said it wasn’t the size of the dog in the fight but the size of the fight in the dog.  She told you she was attracted to light skinned guys but you told her the blacker the berry, the sweeter the juice.  That got you in there but now that some young, tall Boris Kodjoe look alike is in the wings showing interest she realizes you aren’t her ever after.

SHE CAN’T BE HERSELF WITH YOU! 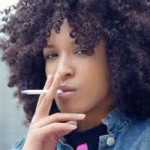 Come on guys, you know what I’m talking about.  We’ve all been with women who forced us to alter ourselves a bit to be with them and we hated it.  Maybe she thought we cursed too much so we cut back on the vulgarity or she didn’t like the way we slurp our coffee so we made a conscious effort to stop.  Two or three things like that are no big deal but too many “Honey could you please nots” and the person feels like they’re losing themselves.  Well women hate that too.  Your insistence that she not wear a headscarf to bed may be cool on your Saturday nights together but a lifetime band may be more than she’s willing to sacrifice.  You liked her sexy style of dress just fine when you met her but now you want her to dress like Michelle Obama.  You disapprove of her friends and you lecture her when she eats bacon but damn it, she loves her friends and she likes bacon.

CIRCUMSTANCES BEYOND YOUR CONTROL. 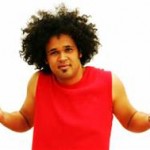 A woman once told me that she chose her husband over another guy she was dating for the simple reason that her husband had a huge fun loving family and the other guy, like herself, came from a very small family.  Her husband unknowingly offered her something she always longed for and the other guy, through no fault of his own, did not.  Another woman revealed that she was really into the guy but her seven year old son hated him for no other reason than he wasn’t his dad.  We could list a host of other uncontrollable circumstances but you get the point.

SHE’S NOT AS DUMB AS YOU THINK!

ust because she didn’t challenge your explanation for having Jasmine’s number in your pants pocket written on a paper napkin with a heart over the i doesn’t mean she bought it, it probably means she didn’t want to argue with you.  Just because she didn’t call your job to see if you were really there every Thursday night doesn’t mean she believed you were working, it just meant she was busy watching “Scandal.”  Dating a guy you don’t trust is one thing.  Marrying him is quite another.

SHE REALLY DOESN’T WANT TO GET MARRIED! 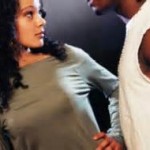 Believe it or not, sometimes it’s just as simple as that.  Maybe she grew up in an unhappy home and saw marriage for her mother as bondage.  Maybe the thought of being faithful to one man forever is as scary to her as it is to men.  Maybe, not unlike some men we all know, she’s married to her career or maybe she’s perfectly happy with her life the way it is and she doesn’t want to do anything to mess that up.  Maybe, when she said “It’s not you it’s me,” she was telling the truth.

So now you can add a proposal rejection to your life’s resume.  Way more guys have them than let on because almost every woman I know has issued one.  If any of the abovementioned reasons rang true, use that knowledge for self-improvement or for closure but just like most successful people will tell you they were turned down for a position at one time or another, most happily married men didn’t marry their first choice and most of the time they’re glad they didn’t.

Marriage! What’s in it for Men?

I recently asked my Facebook friends why men should get married and to no surprise, there were ...