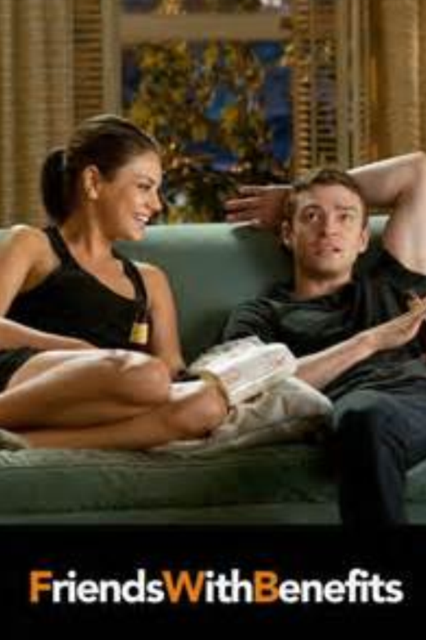 Sweetest Day has come and gone. Fall is here. Cuffing season recruitment is just about done. And Men, here you are STILL SINGLE!!

What’s a guy to do?  Well you could follow the advice of a well known pop star and “Call up that shrink in Beverly Hills. You know the one? Dr. “Everything’s Gonna Be Alright.” But what many men do is look to their PURELY PLATONIC friends for a little “comfort and consoling.”  This sort of arrangement is commonly known as “friends with benefits.”

Friends with benefits, loosely defined, is when two people with a history of successful friendship make a mutual decision to add physical intimacy without changing the parameters of their relationship.  Let’s examine this set up more carefully to see just how beneficial it really it is for the men.

Gentlemen, I believe the popularity of this trend is largely due to the overall male commitment phobia.  An ongoing gripe from women is that men want their cake and want to eat to, and having a friend with benefits delivers just that.

You know how it goes guys. You take her out on Dutch dates, you come by and fix something at her crib and are rewarded with a home cooked meal.And to ease the sting of cold and lonely nights you’re always ready, willing, and able to scratch her proverbial itch.  All this with zero accountability, no drama, freedom to date and sleep with whomever else you choose, and little to no expectation of emotion and affection.

Now before you guys get to celebrating with fist pumps, chest bumps, pats on rumps, and howls from the dog pound, understand what you also sacrifice.  The main thing you’re sacrificing is a true friend. How fair is it for you to play on your friend’s vulnerability and lack?  Overall (though there are exceptions to every rule) the fact that the two of you were actually friends adds an implied level of trust and respect that is often blurred and muddied when sex is added to the equation.  Though on the exterior it may seem that she has entered into this very liberal agreement without reservation, understand the probability that she’ll walk away from the situation hurt and disappointed is still very high.

Another thing to consider is, it is quite possible that the reason she was receptive to the idea is because she has carried a torch for you all along and this is her way of making the transition from friend to girlfriend.  I mean that’s the way it always plays out in romantic comedies right?  Even if none of the above rings true, know that overtime it’s more likely than not the woman that you pal around with and call homey will eventually start to feel a certain kind of way if you continue to sleep with her on a regular basis. Yeah, a small percentage of the female census can handle it without changing…but good luck with finding one!!

Furthermore, most of you guys don’t really comprehend that you sacrifice your natural instinct to “set trip” because of the nature of the relationship. Meaning, you cannot get upset when the next brother gets a slice and maybe even licks the bowl.  The open ended aspect of these relationships is two sided; what’s good for the goose is even better for the gander when she truly knows how to play it.  Be careful brothers. We know where you keep your egos!

Fellas, please understand this is not an all assault on the male character and psyche.  I understand you are physical beings and so much of your decision making is based upon carnal needs and desires, so unattached sex is going to be appealing to even the most gallant, chivalrous man.  In all fairness, I want to state, for the record, that men eager to embrace the “friends with benefits” concept may also be those who are disenfranchised with the whole dating and relationship scene as well.

Jaded brothers, I see you and I sympathize with you.  Maybe you’re a guy who has come across one too many shallow, superficial women that you don’t even want to exude the energy and emotion of finding Mrs. Right.  Sometimes, as women we can be all over the place emotionally and mentally which makes you throw your hands up and seek out an option that is less complicated.  To that I say, guys please do not become weary in well doing; smashing a homey will not heal your heart or ever replace the love of a real woman.

Ladies, don’t get smug. I’ll deal with your practice of dipping into the friend zone next issue.

2 Responses to “Friends With Benefits: What’s in it for Who?”