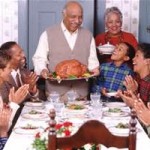 Another holiday season is upon us. It’s the happiest time of the year. It’s the time for peace and Joy and good will toward men. It’s the time to celebrate with family, spouses, friends, co-workers and of course lovers, that is unless your relationship status is “complicated.” For those in complicated relationships the holiday season is all too often a time for uncertainty, stress, embarrassment and sometimes even subterfuge.

It’s Complicated is one of Facebook’s options for “Relationship Status.” It can mean the relationship is in an ambiguous state and often indicates dissatisfaction with said relationship. Many times the couple can’t agree to be friends, friends with benefits or to be in a full blown committed relationship.

It’s Complicated can also mean other people are involved. They could be undecided like Nola Darling was in “She’s Gotta Have It” or there could still be unresolved feelings for and from the mothers or fathers of their children and of course there could even be a spouse in da house. 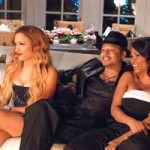 Whatever the cause, the Holidays will spotlight this ambiguity. Do you invite him to Thanksgiving dinner or just offer to bring him a plate later in the evening? Do you invite her to spend Christmas Eve, Christmas Day, both or neither with you? What, if anything, do you give him or her as a gift that won’t make you seem cheap or make them feel weird and what are you doing New Year’s Eve? Nothing says we aren’t a couple more clearly than spending New Year’s Eve apart. 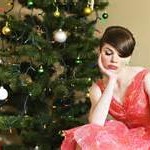 So how does one in a complicated relationship survive the holiday season? Is it best to take the passive approach and just see how it all plays out and just tell everyone “I’m not sure” when they ask about your holiday plans or should one be more aggressive and demand clarity even though receiving such clarity could mean the end of the relationship before you’re ready for it to be?

We at Fresh Takes have concluded that the latter course of action is the better course. It’s complicated usually equates to it not being okay. You know it’s not okay and everyone close to you knows it as well. People stay in complicated relationships out of fear of being single. Most times they are simply in denial and are hoping things will work themselves out but in reality they’re holding onto something that’s already on life support. We suggest you pull the plug.

Go stag and feel free to pig out at Thanksgiving Dinner with family and friends without being embarrassed when Uncle Julies and Aunt Connie start fighting. Use that money you were going to spend on them and buy yourself a great Christmas gift. Go out on New Year’s Eve, kiss a perfect stranger and cross that off your bucket list then get ready for the same damn thing on Valentine’s Day.

ARE YOU MARRIAGE MATERIAL?

I was having a conversation with my teenage daughter about a friend of ours who recently broke ...