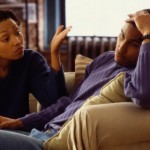 Deadbeat Dads, few labels in our society are more contemptible. The thought of a man not providing for his offspring is incomprehensible to most, especially to those of us who have experienced the joys of raising children. Just below deadbeats on the blame pie for the ills of society are single moms. Despite the horror stories connected to women having children out of wedlock or at least in a common law marriage situations, women continue to reproduce without benefit of clergy at an alarming rate. 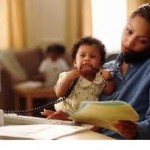 If you’ve been anywhere near a talk radio station or a Facebook discussion group in recent years, you’ve heard the disturbing statistic that seventy percent of all African American children are living in single parent households. Even if you subtract for children of divorce, spousal deaths and successful women with ticking biological clocks who have given up on finding husbands, the figure is still staggering.

What makes young women with limited means allow themselves to become impregnated by men who aren’t committed to them? I’m not referring to women who have birth control malfunctions or women duped into having babies by men making false promises, I’m talking about women who decide on their own to become mothers without the potential father’s consent. 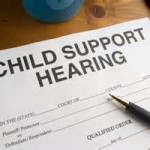 The answer is simple. The risk for most short sighted women is perceived to be minimal. Most know that they can count on either child support, family or welfare to provide the necessary funds to assist them. Additionally, women who become pregnant have the options to abort or to give up the child for adoption men, on the other hand enjoy no such options.

Once those swimmers are out of the gate the man is out of options and at the mercy of his sexual partner and the court system but what if that was not the case? What if men had the ability to sign over their parental rights at birth and free themselves from financial responsibility? What if welfare was limited to three years, once in a lifetime? I believe that removing those safety nets would put an end to the deadbeat dad/single mom dilemma.

Women would be far less likely to allow themselves to become pregnant if they knew unwilling fathers could abdicate their parental rights and responsibilities. Misguided young women who believe they can hold onto a man by making him a father would be forced to rethink that strategy and dare I say it, good guys with principles and morals would replace bad boys on the desirability scale.

Now I’m not suggesting that any dad should be able to abandon his children at any point in time. I’m speaking only of unmarried, unengaged men who do not share a residence with the mother and have made it clear that they are unwilling to become to become parents. 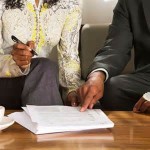 Proof of a man’s intentions to become or not to become an active father could be established with a simple form letter signed by both parties stating their intentions to assume parental responsibilities should a pregnancy occur. In lieu of a signed contract, letters, text messages, voicemails and polygraph examinations could also be used to determine a man’s stated intentions concerning fatherhood. 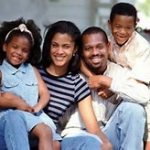 Let’s give men some rights and in the process, help bring back the nuclear family with not one but two willing parents.

Attention nice guys, you ain’t shit! Now what I mean by that is, if the first thing people say ...

When asked about the social networking site Facebook, most will try to downplay the role that i ...

One Response to “WHY MEN SHOULD NOT BE FORCED TO BE FATHERS.”