Attention nice guys, you ain’t shit! Now what I mean by that is, if the first thing people say about you is, “he’s a nice guy,” that means that there’s nothing else remarkable to say about you. Being nice simply means you’re not an asshole. Now don’t get me wrong, nice is a preferred quality over being an asshole but it’s not nearly enough in and of itself.

Being nice should be a condiment not the main course. It’s not even important enough to be the icing not the cake, it’s more like the cherry on top. You want the fact that you’re nice to be the last thing people say about you not the first especially when it’s a woman talking about you.

Example: Ben is real smart, successful, has a great sense of humor and he’s a heck of a nice guy too. See, Ben is much more than just a nice guy. It’s not what defines him. If the fact that you’re nice is the first thing people say about you, it’s often followed by the conjunction but. 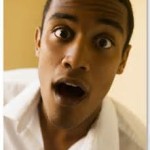 Example: Tony is a really nice guy but he’s kind of boring and not very aggressive. He’s just not my type. Tony is more than likely friendly, pleasant, helpful, law abiding and agreeable but those aren’t starters. That’s like saying a restaurant was clean or the acoustics were good at the concert but the performances were lame. Now on the other hand, being an asshole, while not the preferred personality trait is not the deal breaker one might expect. 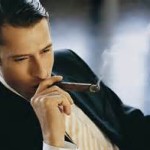 Example: Victor is in great shape. He takes fantastic vacations to exotic locations, he made partner before he was forty and he can be fun to be around but he can also be a real asshole. That last disclaimer about him being an asshole will more than likely be glossed over in favor of Victor’s more favorable assets. However, if it’s the defining part of his personality, he’s just as screwed as Tony in the previous paragraph. 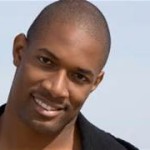 Example: Eddie is such an asshole! He’s a good looking guy but I can’t stand to be in the same room with him for five minutes before he gets under my skin. In this instance, Eddie’s abrasive personality overshadows his good looks but if you sweeten the pie with a few more benefits you may get a different result. 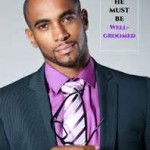 Example: Sam is such an asshole but he throws great parties, I hear he’s a beast in bed, he has season tickets to the Lakers and he’s good looking too. Unlike the previous example, in this example Sam had more going for him than just his looks so whereas Eddie’s looks were cancelled out by his poor people skills Sam was able to overcome his short comings by possessing other assets which made him desirable. 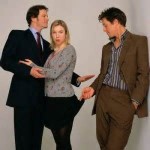 Since heterosexual men aren’t looking at other men as potential mates we tend to only focus on whether the guy is a nice guy or an asshole. We don’t care if he’s good looking, drives a nice car, takes great vacations or if he’s great in bed. So if we hear about a woman choosing an asshole over a nice guy, we don’t know those details. We just chalk it up to the myth that women prefer assholes over nice guys so we figure well damn, I’ll just become an asshole and women will like me too which clearly isn’t the case because as we discussed above, being just an asshole is worse than being just a nice guy.

Now if you need further proof, just look at the workplace and see who gets the promotion, Chris the miserable asshole who gets things done or Phillip the nice guy who’s unproductive but organizes all the birthday parties? The bosses would probably prefer to promote Phillip over Chris but nobody is going to attach their fortunes to someone who’s only bringing nice to the table.

WHY MEN SHOULD NOT BE FORCED TO BE FATHERS.

Deadbeat Dads, few labels in our society are more contemptible. The thought of a man not provid ...

When asked about the social networking site Facebook, most will try to downplay the role that i ...