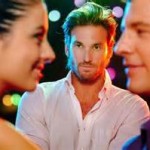 Lauren was bubbling over with joy as she floated down the hallway, her feet not even touching the floor, or so it felt.  Her boss had just informed her that she had been promoted to case manager, a position she had coveted for quite some time.  Her first thought was to tell Greg.  Their text conversation went like this:

LAUREN:       They loved that PowerPoint presentation you helped me with.

Still smiling from ear to ear from the encouragement she received from her friend Greg, Lauren then text the news to her boyfriend Mike.  Their conversation went like this.

Now you’re probably wondering, why is Loren with Mike instead of Greg?  Based on what we’ve seen so far Greg appears to be much more supportive, available and into Loren than Mike is but alas, Loren is into Mike and that leaves Greg in the dreaded Friend Zone. 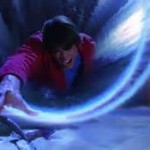 The Friend Zone, where guys who are just too nice to dismiss entirely are sent to serve the needs of females which are neglected by the men in their love zone.  They are the shoulder to cry on when the love interest hurts or disappoints them, the fill in date when the love interest is unavailable, the handyman, taxi driver, movie buddy and therapist all rolled in one.  They handle all needs except the intimate ones.  Those needs are handled by men in the Love Zone.

So what determines which guys are in the friend zone and which are in the love zone.  Let’s take another look at Mike and Greg. 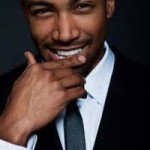 Mike is a 36 year old sports agent with a master’s degree in business administration.  He’s 6’2” 205 lbs. drives a Mercedes Benz, lives in a luxury condo, gets invited to parties, is on the guest list at all the trendy clubs and frequently travels for business and pleasure.  He’s not sure if he want’s children if he ever marries.

Lauren is attracted to Mike because he excites her, won’t let her run over him, has that certain jena se qua and challenges her.  She loves when people tell her they look good together, loves the events he occasionally invites her to and the sex is great whenever they’re together which isn’t quite as much as Lauren would like. 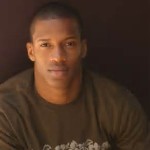 Greg is a 34 year old chef who went to culinary school.  He’s 5’10” 190 lbs. drives a Prius, lives in a small single family home he’s renovating with his sister, loves movies, books, loves to barbeque for family and friends and coaches youth basketball.  He would like to have at least two children when he marries.

Lauren met Greg at a wedding he was catering.  She was a bit tipsy and he was extremely persistent so she agreed to go out with him although at 5’10” he fell two inches short of her rigid six foot height requirement (Lauren is 5’7”).  Prior to their date Lauren and Greg had a couple of great phone conversations which revealed several common interest but even though they had a great time on their date and Lauren thought he was a nice enough looking man, she didn’t feel any sparks flying and she really didn’t like the fact that he lived with his sister or that he hadn’t been to a four year university so she sentenced Greg to the friend zone where he’s been hoping to escape ever since.

What Lauren doesn’t know is that Mike is about to be informed by Alexis, a bartender at one of the clubs he frequents, that she’s carrying his child and that Lauren’s best friend Jackie has serious designs on Greg who recently began coaching her son in basketball at Lauren’s suggestion.

Now if you think this story is an anomaly and that few woman would actually be as shallow as Lauren in real life, think again.  On my Facebook page I recently asked my friends why they put men in their Friend Zones.  The number one answer by a long shot was lack of sexual chemistry followed by too nice, meaning the women didn’t want a man they could run over. 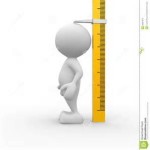 What’s even more frustrating is listening to women describe the long list of requirements for the type of man who they do have chemistry with.  It seems to be much more rigid than men’s requirements.  Women tend to focus on things such as height, (I can’t tell you how often I see must be at least six feet on the dating site I’m on by women 5’7” and under.) Skin tone, (Ex: I prefer a chocolate man or I don’t want nobody too dark) style of dress, income level, education level and tone of voice. 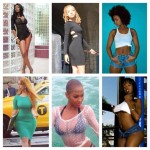 Men on the other hand, while they may have preferences, will generally ignore those preferences as long as the woman is attractive in his eyes and especially if she is showing interest.  Frequently on my Facebook page I’ll post pictures of very different looking women.  Some will be short, tall, thick, slim, light skinned, dark skinned, all with various hair styles and invariably men will say, I’ll take them all.  That gives men a much wider dating pool.

So you might say, we can’t help who we’re attracted to, can we?  Actually you can to a degree.  Psychologist have confirmed that the more we like someone the more attracted to them we become however, your mind must be open to the possibility in order for that to happen.

There was a time in my life when I was only attracted to tall leggy caramel colored women with long silky hair until I met a very petite woman with very dark skin and a very short fade who made me laugh, made me smile, made me gumbo and made me very proud to be in her company.  Once I unlocked my mind and freed myself of my “type” I found myself dating a much higher caliber woman, the type of woman who might have otherwise landed in my Friend Zone if I actually had one.  These women weren’t less attractive than the ones I had previously dated, they were simply different types.

So my advice to the ladies is to free your mind and free that man from your friend zone so we can all get one of those invitations that states: “I’m marrying my best friend.” 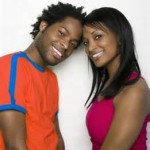