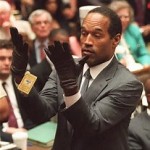 Twenty years ago OJ Simpson took his infamous tour of the Los Angeles Area freeways in a white Bronco driven by his buddy Al Cowlings.  The Juice had a pistol to his temple as a swarm of LAPD cruisers followed in what was categorized as a low speed chase.  The entire spectacle was broadcast worldwide.

It was one of those moments where everyone remembers where they were as we held our collective breaths hoping he wouldn’t pull that trigger but what if he had pulled the trigger?  What would have changed?  Well here are just a few things:

There would have been no spike in the sale of White Broncos.

There would have been no trial.  Most Black people wouldn’t have ignored the facts and come across as close minded idiots and White people wouldn’t have had their “ah ha” moment nor would some of them have needed to revealed their self-entitled natures by whining about the one time the judicial system failed work in their favor.

Christopher Darden wouldn’t have made one of the biggest trial blunders of all time when he insisted that Simpson try on those blood soaked shriveled up gloves and he probably never would have allegedly hooked up with Marsha Clark.

Johnny Cochran would not have become synonymous with shady trial lawyers and we never would have seen him in court with a stocking cap on his head, leaning over the jury box and screaming at the jury “If it doesn’t fit, you must acquit!”

Vanity wouldn’t have embarrassed herself by stating LAPD Detective Mark Fuhrman wasn’t a racist just because he asked her out on a date after letting her off from a traffic ticket.

We wouldn’t have been forced to listen to Ron Goldman’s dad ranting and raving nonstop on television and radio.

Back to that whining thing, the State of California wouldn’t have saw fit to enact jury reform to get “undesirable” jurors off trials and I would have been spared from serving four mother loving times.

We would not have been subjected to the idiocy of Kato Kalen’s fifteen minutes of fame.

David Hasselhoff’s musical debut wouldn’t have been preempted by the low speed chase and he might have become the next Elvis.

Most importantly.  Someone from the psychology field would have emerged as the face for coping with breakup/divorce anxiety and started a movement for people struggling with breakups to seek professional help.  The story of OJ Simpson and Nicole Brown would have become a great American tragedy and maybe, just maybe more people, especially men in particular, might have sought help and learned there are better ways to cope than violence.

Now I’m not saying I wish OJ had pulled that trigger because I value human life.  I’m just saying an opportunity may have been missed.

AN INTERVIEW WITH GOD.

Last night I was considering candidates for Fresh Takes’ first huge interview when it occurred ...

Why the World Needs Golddiggers

Despite the fact that V Stiviano recently ended the raciest regime of Donald Sterling, few grou ...

One Response to “What if OJ had pulled the trigger?”