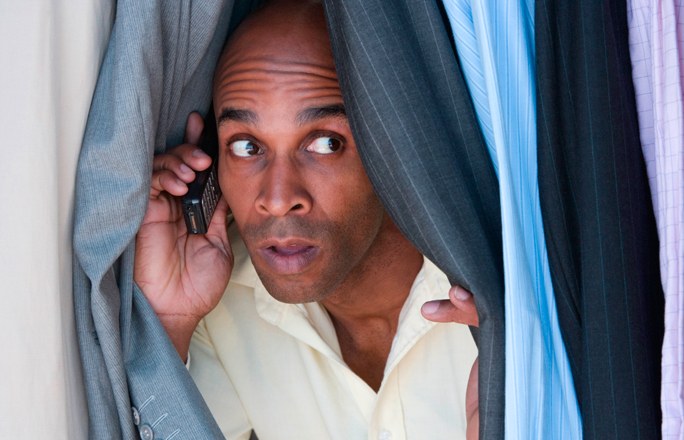 I’m at a grocery store, and I see Tim. Tim is the father of my daughter’s classmate. Tim is married. We stop. We talk about school, the kids, and the Lakers. We laugh. We say goodbye. I arrive at my car with a note stating, “Let’s meet privately…soon.” I smile.

I’m at a hotel lobby having a drink. I meet Matt. Married for 13 years, two daughters, and very handsome. We shared a drink, and I learned he was an accountant from Chicago here on business. After a half hour, he left. But before he did, he gave me his number on a napkin stating, “Let’s enjoy each other.” I smile.

Yes, I smiled. I smile because it is quite amusing.

Do we really live in a world where a woman cannot carry on a pleasant conversation with a married man without him thinking it’s an invitation into her pants? Is everything really just about sex?

Research shows that most married men carry on affairs when they become settled down with mortgage, kids, and retirement plans. Studies claim that many married men feel cheating helps their marriage by filling in the missing gaps whether it be sex, conversation, or emotional support. But I suppose it’s how these men are choosing their targets that causes the issue. Do any of them really take the time to think how the innocent woman may feel to be approached in such a sleazy manner?

Where does the responsibility lie? Does it lie with the married man who took a vow or someone else?

It is tiring to hear the same responses: “You shouldn’t have sat and talked with him,” or “You smiled too much.” Really? Again, I smile.

Married men need to be more accountable for their actions, behaviors, and interpretations. Start to see a woman as a human being. Seems too simple? How many times have you heard:

“SHE knew he was married.”

When does it stop? When will people stop blaming the women who are not the ones who vowed to love, honor, and keep their pants zipped? Married men, here’s a bit of advice: Think with your top head and leave your notes in your pocket.

8 Responses to “The Married Man’s Choice”